by Neha Sharma
While checking out videos across Youtube I stumbled upon a video link on Ted-Ed talking about the ancient forces of Yin & Yang. Keeping aside the cool animation and graphics, one fact stuck on to me after i was done with it. It simply said that one shouldn’t fight the forces of the universe. Rather we must continue to go ahead as is, or go with the flow.
Interesting thought I surmised. I also recalled reading Deepak Chopra’s “7 Spiritual Laws of Success” where one of the laws is the “Law of Least Effort”. To quote the writing as is: 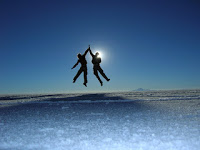 “In Vedic Science, the age-old philosophy of India, this principle is known as the principle of economy of effort, or do less and accomplish more. Ultimately you come to the state where you do nothing and accomplish everything. This means that there is just a faint idea, and then the manifestation of the idea comes about effortlessly. What is commonly called a miracle is actually an expression of the Law of Least Effort”
This made me think about all the times that I had been trying to fight against the odds, to maybe prove a point to someone or mostly to myself. So many of us tend to be control freaks trying find imperfections and believe that we are only trying to put forward the best version of ourselves. Micro-managers, as they say?
Many of us tend to define success as a destination. This could be in terms of a particular designation / corner office / network / influence. But we forget that in retrospect, its the processes that will take their time and the learning that we need to accumulate will take us there. Hence we are rushing all the while in to reaching and chasing a mirage in the short run.
So the key is to simply go with the flow. Dream more and control less. Fight the urges and embrace the changes. Present your views and learn more by listening. At the end, its all going to be worth the ride.

*The TED-Ed video mentioned above can be found here: 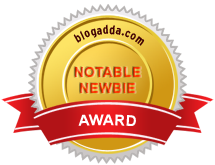